Project development and implementation is an important part of the AONB Unit’s work. Here is a selection of projects the AONB Unit have been working on recently: 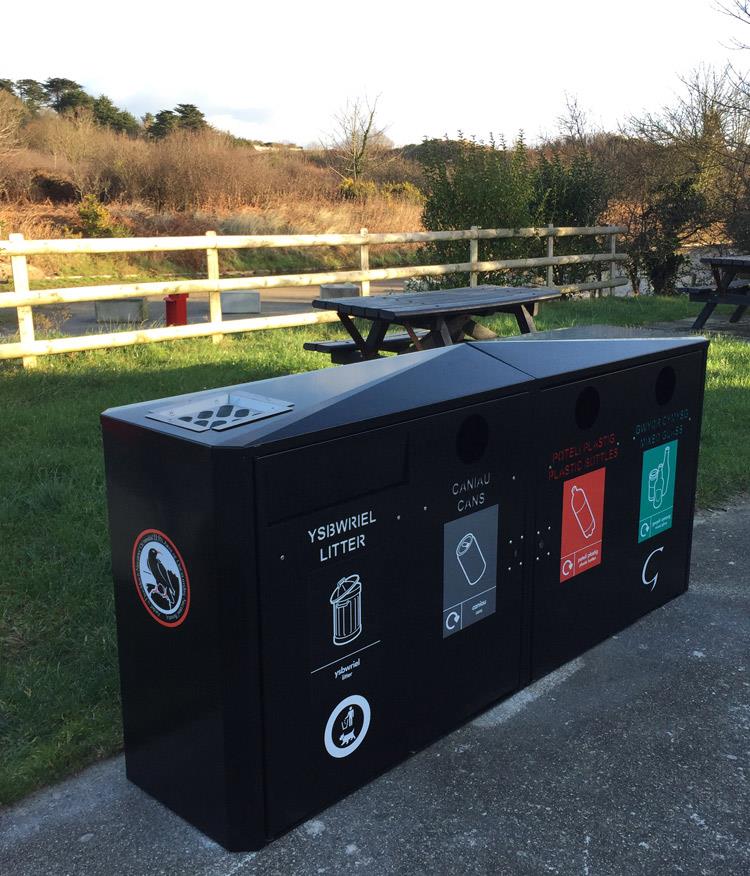 In order to promote recycling and lessen the ammount of waste going into landfill the AONB Unit has introduced 3 new recycling bins within the designated area. After consultation with local members and the Council’s Borough Services it was decided to locate the bins at :

- the Foel Gron picnic site, Mynytho
- near the public toilets at Abersoch
- by the bus shelter at Trefor

The recycling bins have containers to collect glass, paper, plastic bottles and also general waste. We have high hopes that these bins will prove a success and are considering installing additional ones in the future. 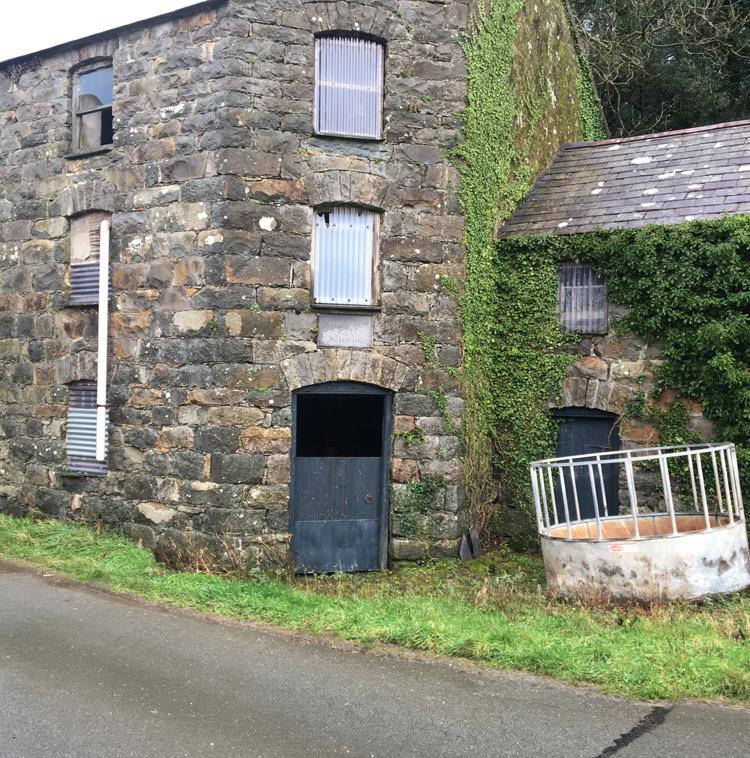 The Old Mills of Llŷn

Glyn Roberts from Bryncroes, a local historian was commissioned by the AONB Unit to undertake some research into old industrial buildings in Llŷn, with special emphasis on old mills (mainly water mills). Glyn has traced the history of a large number of old mills and collected interesting information on their location, construction, machinery and the individuals who ran them.

To ensure that the information was made available to the community Glyn has been giving talks, writing articles in the community newspaper – Llanw Llŷn and held an exhibition at Sarn Mellteyrn in 2019. More information regarding this project can be seen in the latest edition of the AONB newsletter, Llygad Llŷn. 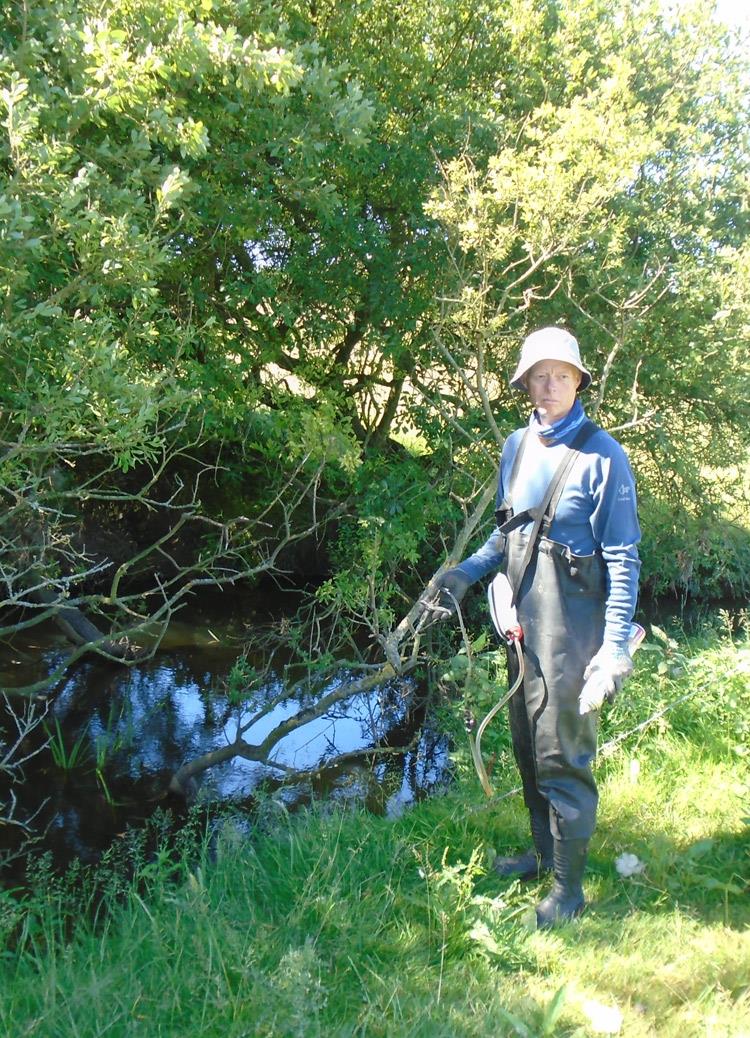 Recently we have been working in partnership with Natural Resources Wales to target Giant Hogweed on Afon Soch. The Giant Hogweed is an invasive non-native species which dominates other indigenous plants and leads to river bank erosion. It also poses a health risk to humans because the fluid in the stem can cause skin burns. Work on the project started in 2017 by mapping the presence of the Hogweed along the river bank in the area around Seithbont, Botwnnog. Then the following year the plant was treated by stem injection with glyphosate and this has continued each year since. The aim is to completely eradicate the Giant Hogweed from this area of Llŷn.

The AONB Unit has also been keeping a log of public sites within the area where japaneese knotweed is present and has arranged for the plant to be sprayed at some locations e.g Trefor beach and Bryn Mynach, Nefyn. 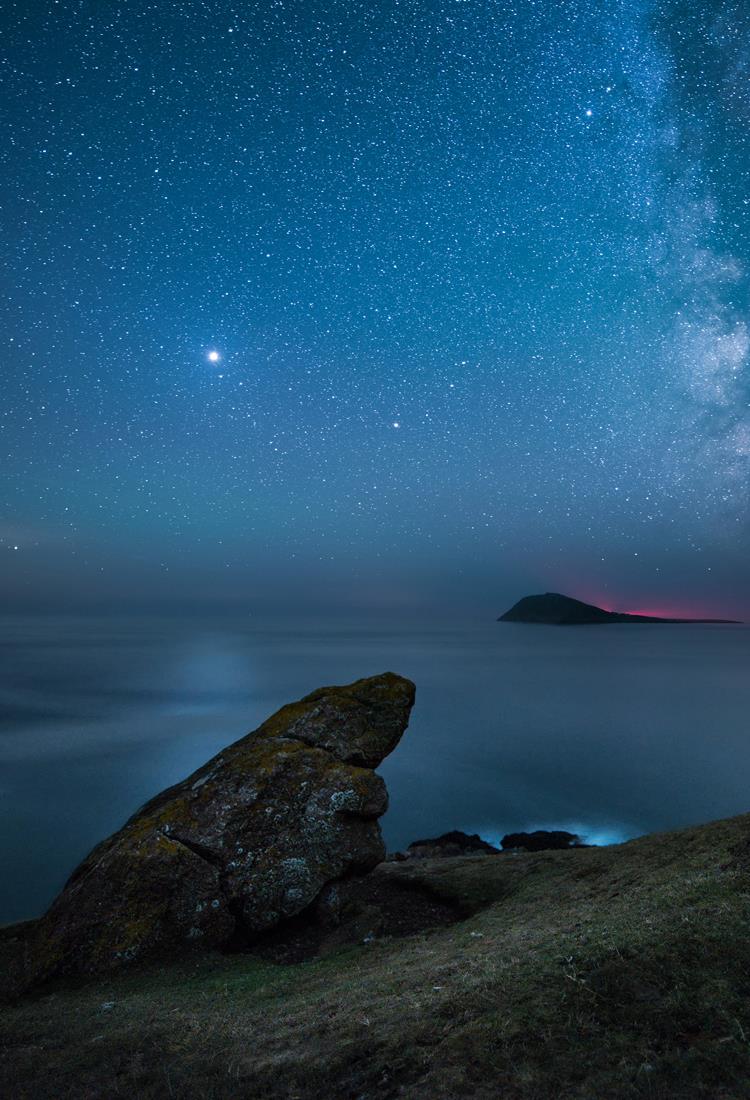 The Llŷn AONB Unit has been working in partnership with Anglesey AONB, Clwydian Range and Dee Valley AONB and the Snowdonia National Park on the Nos project. The project’s aim is to maintain, protect and promote the dark night sky and work on International Dark Sky status. The National Park already has been awarded a Dark Sky Reserve designation while the 3 AONB’s are working towards a Dark Sky Community status. As part of this project we will work together to monitor the dark sky, raise awareness of light pollution and hold stargazing events. The project Nos work is co -ordinated by the project officer – Dani Robertson: Dani.Robertson@eryri.llyw.cymru

More information on the Nos project can be seen on the following link: www.discoveryinthedark.wales/project-nos

Since 2016 Gwynedd Council has received grants from the Welsh Government to support capital projects within the AONB (other AONBs have received similar support). The money has been of great benefit and has enabled us to carry out numerous improvements in the area. Information regarding some of the projects that were completed under this scheme last year (2019-20) can be seen below: 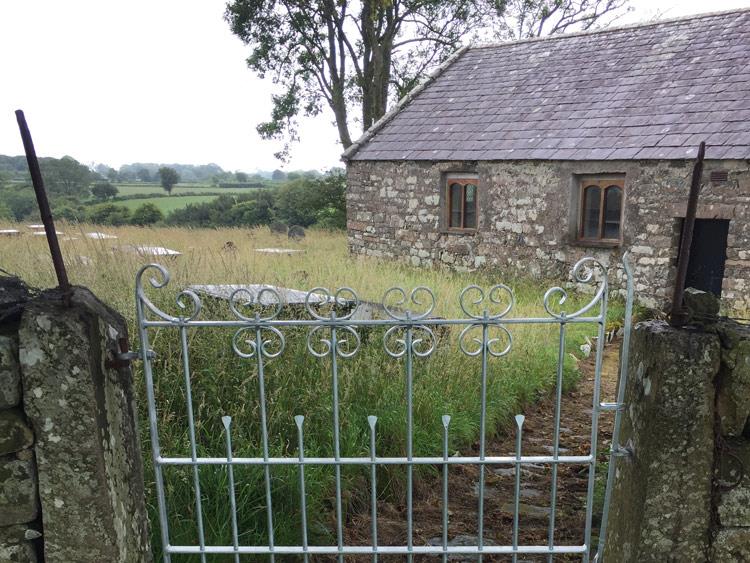 St Beuno’s is a small rural church set in open countryside. It is an interesting site which makes a valuable contribution to the AONB’s environment. This project improved access to the church by renewing access gates and installing new oak signs. The church cemetery was also cleared of overgrown vegetation and some unstable trees were cut back to safeguard the church building. 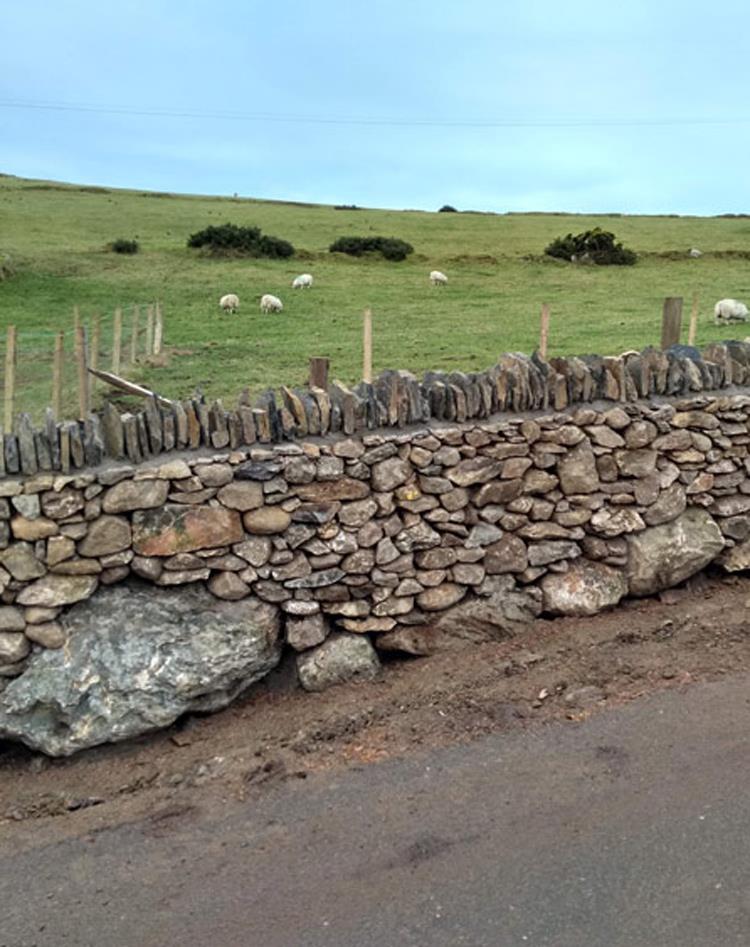 The traditional stone roadside wall leading up from the village of Llithfaen to Cae’r Nant had deteriorated significantly in recent years. Time, traffic and the weather had taken their toll and the wall had collapsed in some places with stones falling into the road – this made it difficult for vehicles to pass each other on the narrow road. When the grant from Welsh Government was confirmed the AONB Unit worked with the landowner, the National Welsh Language and Heritage Centre at Nant Gwrtheyrn and the Community Council to implement the project. Gwynedd Consultancy were commissioned to prepare a project scheme and tender out the work - which involved the demolition of the original dry stone wall and a total re-building with the addition of one passing place. A local company specialising in stone wall construction was contracted to undertake the work during the winter of 2019-20. The project has made a significant improvement to the appearance of the area, road safety and traffic flow which has been of benefit to locals and visitors to Nant Gwrtheyrn and the Eifl area. 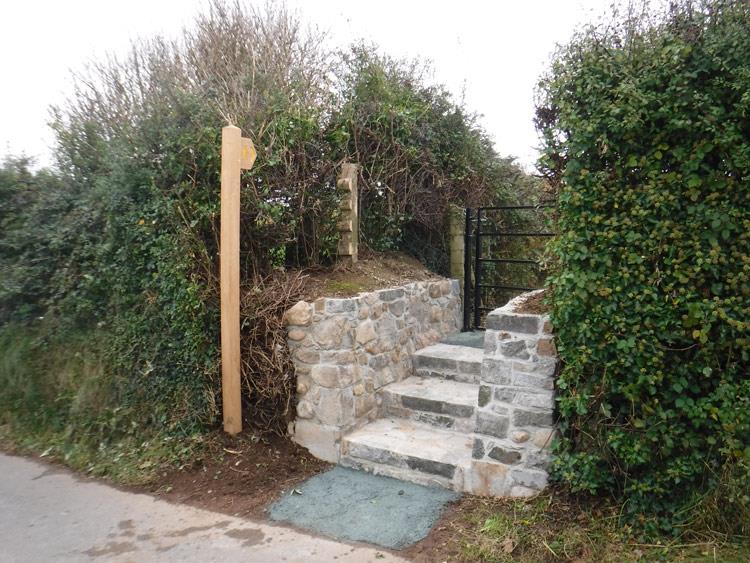 Rights of way improvements at Cilan

Dewi Owen from the Countryside Service led on this project to improve public rights of way numbers 10, 12 and 29 in the community of Llanengan. The work consisted of installing “sleepers” over wet areas, putting in stone steps and replacing stiles with gates. As a result these paths are now easier and more pleasant to walk.